Here I sit, focusing on my breathing
Sitting on Broken bones,
rotting beneath my feet.
Bones that litter the earth
I fear they cannot bear the weight
Of all these broken dreams; the fear, the hate.
Am I lost in the past?
Is the future so gloomy?
Is there room in my heart
for healing and mending?
Here I sit, focusing on my breathing
Back straight, broken legs crossed
Is that meditation?
Lost in the present moment,
mindful only that my peace;
is threatened by these broken dreams; consequences, Karma, fate.
Is the present really so dire?
Can I rest and be refreshed?
Or is it time to retire,
and join my bones to those in the earth?
Here I sit, focusing on my breathing
mindful that my solo actions
Are alone not enough to heal the world!
to knit together the broken bones scattered across the world.
I alone cannot bear the weight
Of all these threatened dreams; the fear, the hate.
And I wonder, have I come too late?
I hear the voices of those who have passed.
They clamor and call to me. To us?
"Your dreams are our dreams!
Only you can transform our screams to peace!"
But here I sit, focusing on my breathing
Sitting in quiet meditation
knowing that I sit on strong spiritual shoulders
These bones are knitting and they will heal!
The dreams they bear will blossom and the bones anneal and toughen.
Loving dreams are far more powerful than any anger, fear or hate.
These bones will rise! It's never too late!
I hear the voices and the bones are rattling.
They rise from the earth and march across the land.
"We have a story to tell!"
"Redeem us! Save us! By doing what you must!"
"Redeem yourselves or we will never heal."
Here I sit, focusing on my breathing
Born on the shoulders of our ancestors.
Our families and our predecessors. All our kin!
Our great family whose love can heal the world!
Alone, none of us can bear the weight.
But these bones, together, knit together the world.
They say; "The Future is in strong hands!"
"And you are not alone."

"Ezequiel said them dry bones, now hear the word of the Lord!"

Posted by Chris Holte at 12:47 PM No comments: Links to this post

No bread today!
Just Matza!
Hurried ancestors left the city,
and camped in the desert to the east.
It is said they baked flat bread in a hurry.
And the Lord told them,
no leavening or they'd die!
So to this day they celebrate their freedom.
They escaped slavery
and ran away from Pharoah's whips.

Posted by Chris Holte at 10:45 AM No comments: Links to this post

Never let them Beat You down

Never let anyone beat you down!
Whether wearing jeans, a suit or a nightgown!
If they do a driveby let them fly by.
If a group rejects you, shake the dust off your feet!
Seek out people who will listen to you.
And leave the others be.
Don't give up on them completely.
Maybe yet they'll see.
But don't let them beat you down.
It's they who are pathetic, and you're not the clown.

Thinking of both Prince and Maya Angelou

Posted by Chris Holte at 9:11 AM No comments: Links to this post

Sanders War against the 90s

Hillary faces a Right Wing and Activist/muckraker inspired rewrite of the 1990s that the media calls a "liberal war against the 1990s."

"Hillary Clinton has long literally and figuratively stood beside Bill Clinton, fully embracing his policy moves to make the Democratic Party more centrist in the 1990s and defending him after his affair with a White House intern and subsequent impeachment." [NBC]

The distinction between a critique and destructive criticism is that a critique acknowledges the merits and context of what is being criticized. In this case, broken window theory has a legitimate critique. But we aren't seeing that are we?

Read more »
Posted by Chris Holte at 7:11 AM No comments: Links to this post

American Crossroads GPS and America Rising devote their pages to providing materials for Social Media to use to bash Hillary Clinton. In addition groups like "Project Veritas" (James O'Keefe) and The American Mirror devote time and effort to creating bogus allegations to convince people that folks are doing dirty Business. And huge sums were invested into trolling the left, baiting the left and "coming at them from the left". They had already spent nearly a million on attacking her by the beginning of 2014. For the right wing it's just "business" as usual. For the left, once they get the scent from Right Wing supplied opposition research, it becomes a cause. Both are getting their funding (unwittingly for Bernie Sanders followers, whose campaign admitted they weren't doing their own Opposition research) from the Right.

This continues the subject of the Stop Hillary Movement that follows on other "attack from the left" designed to spin Democrats into not voting for their own people.

Read more »
Posted by Chris Holte at 12:34 PM No comments: Links to this post

Or how the New Left Movement became the Establishment

The Generation that wouldn't trust anyone over thirty de-evolved into the generation that didn't trust anyone under 30. They (we) invented the "New Left", "Third Way," "New Democrats" and attacked our parents generation of politicians as "establishment", as "out of touch" and in return many of our parents generation turned on us. The New Left abandoned interest in economic progress for working people and focused on gay rights, pacifism and "fighting the establishment."

What happened to the New Left?

The New left fractured over new issues. These issues included: 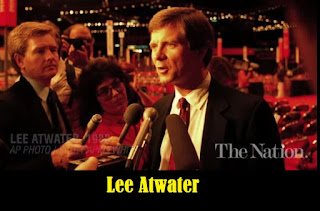 Read more »
Posted by Chris Holte at 8:46 AM No comments: Links to this post