All things considered, Thursday was almost a tolerable day for the Supreme Court. It doesn't change my opinion about the court, but it does leave me appreciating the intelligence of Judge Roberts, who wrote an opinion upholding the constitutionality of the Affordable Care Act, despite his feeling that it is bad policy. And indeed his decision left this open for readjudication, if and when someone actually pays the parts of the act that refer to revenues. His reason for not ruling those parts invalid was:


The Anti-Injunction Act provides that “no suit for the purpose of restraining the assessment or collection of any tax shall be maintained in any court by any person,” 26 U. S. C. §7421(a), so that thosesubject to a tax must first pay it and then sue for a refund.


CHIEF JUSTICE ROBERTS concluded in Part III–A that the individual mandate is not a valid exercise of Congress’s power under the Commerce Clause and the Necessary and Proper Clause. Pp. 16–30.


The individual mandate, however, does not regulate existing commercial activity. It instead compels individuals to become active in commerce by purchasing a product, on the ground that their failure to do so affects interstate commerce.

So prohibiting the purchase of Marijuana is a valid regulation of interstate commerce, but ordering folks to purchase insurance is not valid? Despite the fact that George Washington ordered males to buy muskets and join a militia, or that the Government required Seamen to buy insurance, during the Washington/Adams terms. Ginsberg's dissent notes:


In 1790, the very first Congress — which incidentally included 20 framers — passed a law that included a mandate: namely, a requirement that ship owners buy medical insurance for their seamen. This law was then signed by another framer: President George Washington. That’s right, the father of our country had no difficulty imposing a health insurance mandate.

So, I'm not happy with Roberts decision, but I love the concurrence and partial dissent:


The Framers understood that the “general Interests of the Union” would change over time, in ways they could not anticipate. Accordingly, they recognized that the Constitution was of necessity a “great outlin[e],” not a detailed blueprint, see McCulloch v. Maryland, 4 Wheat. 316, 407 (1819), and that its provisions included broad concepts, to be “explained by the context or by the facts of the case,”Letter from James Madison to N. P. Trist (Dec. 1831), in 9Writings of James Madison 471, 475 (G. Hunt ed. 1910).“Nothing . . . can be more fallacious,” Alexander Hamilton emphasized, “than to infer the extent of any power, proper to be lodged in the national government, from . . . its immediate necessities. There ought to be a CAPACITY to provide for future contingencies[,] as they may happen;and as these are illimitable in their nature, it is impossible safely to limit that capacity.” The Federalist No. 34, pp. 205, 206 (John Harvard Library ed. 2009). See also McCulloch, 4 Wheat., at 415 (The Necessary and Proper Clause is lodged “in a constitution[,] intended to endurefor ages to come, and consequently, to be adapted to the various crises of human affairs.”).

As usual it is the so-called "conservatives" who are being activists:


Rather than evaluating the constitutionality of theminimum coverage provision in the manner established byour precedents, THE CHIEF JUSTICE relies on a newlyminted constitutional doctrine. The commerce power does not, THE CHIEF JUSTICE announces, permit Congressto “compe[l] individuals to become active in commerceby purchasing a product.” Ante, at 20 (emphasis deleted).

And she quotes Raiche, where the Same judges criticizing the Affordable Care Act, insisted on the Government having the right to raid Medical Marijuana even when legal in the State where the raid occurs. Finally she seems rather grateful that despite the Chief Justices fabrications and innovations they can agree with him:


For the reasons stated, I agree with THE CHIEF JUSTICE that, as to the validity of the minimum coverage provision, the judgment of the Court of Appeals for the EleventhCircuit should be reversed. In my view, the provision en- counters no constitutional obstruction. Further, I would uphold the Eleventh Circuit’s decision that the Medicaid expansion is within Congress’ spending power.

So we breathe a sigh of relief. But we still need to do something about these activist and oligarchic judges.

Posted by Chris Holte at 7:06 PM No comments:

Why the Montana Decision shows that the Court is Corrupt, not merely mistaken.

The Supreme Court Doubles Down by Ignoring the facts

I actually don't have that much trouble with the police checking folks immigration status when they arrest someone, so I don't have much trouble with the Arizona decision that allows the law to mandate a check of immigration status. What I do have trouble with is the corrupt reaffirmation of the corrupt Citizens United decision. Presented with clear evidence that, in actual fact, the power of corporations to use money to quash the speech of everyone else is a corrupt exercise of the power to bribe, corruptly influence, intimidate, and oppress, the supreme court reaffirmed its decision in the Citizens United by striking down Montana's law -- which had been created to stop the takeover of the state by Mining companies over 100 years ago.

The minority kept their dissent short because they knew that the corrupt majority was dead set on continuing their perjury. The dissent notes:

"In Citizens United v. Federal Election Commission, the Court concluded that “independent expenditures, including those made by corporations, do not give rise to corruption or the appearance of corruption.” 558 U. S. ___, ___ (2010) (slip op., at 42).

“I disagree with the Court’s holding for the reasons expressed in Justice Stevens’ dissent in that case.”

“technically independent expenditures can be corrupting in much the same way as direct contributions.” Id., at ___ (slip op., at67–68).

Read more »
Posted by Chris Holte at 6:26 PM No comments: 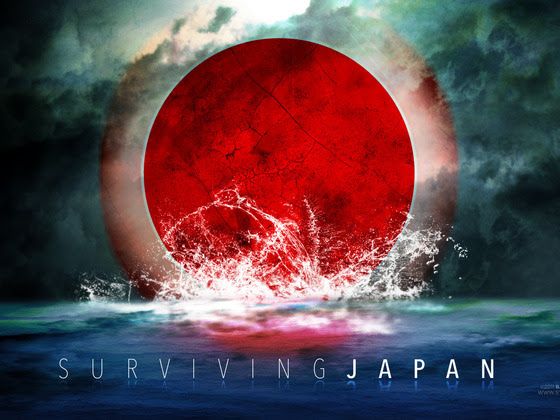 Christopher Noland has created a documentary about the Fukushima disaster that is worth people watching, whether they are Japanese or not: http://survivingjapanmovie.com/. His documentary details what he found when he came to Japan to help with the cleanup after the March 2011 disaster.
Christopher Noland found in Japan a nightmare world where palliative measures and coverups substituted for evacuation of the people in the area and where folks are still being subject to radiation exposure through food and from breathing the air. He's not a wealthy documentarian and could use the money, so anyone interested in finding out more should pre-order his DVD so that he can fund his further efforts.
For more information:

Keynesian Economics is still under attack by the right. And I have to confess that for a time I bought some of the arguments. One of the opening arguments was that somehow the STAGFLATION of the late 70's and early 80's was the fault of officials applying Keynes ideas and that Keynesian economics had no theoretical model for dealing with STAGFLATION, and that what they did apply was counter productive. According to the straw argument Keynesians didn't think that inflation could be fought by raising unemployment -- and that that failed. It was a straw argument. I remember the contrary, since I was in one of the last cohorts who studied Keynesian economics. It turns out that Keynesian economics had prescriptions, but that they weren't being followed in the 70's and eighties anymore than they are followed now.

Paul Krugman's most recent piece pretty much dredges up the truth -- Keynesian was discredited with lies.

"I’ve been writing about how macroeconomic reality under Ronald Reagan didn’t actually match the myth, and many people are inevitably upset. And one of the things they tend to bring up is the hoary old myth that the 80s success in taming inflation was somehow a terrible shock and surprise to Keynesians, who had no explanation.

"This is, as it happens, completely wrong: what actually happened in the 80s was, quite literally, a confirmation of the validity of textbook Keynesian economics."

The two leading undergrad macro textbooks at the time were Dornbusch-Fischer and Gordon, both with first editions published in 1978. (Gordon has a retrospective (pdf) on all this, which tells me something I didn’t know: in both cases the analysis drew on a handout presented by Rudi in 1975). Both books presented an adaptive-expectations Phillips curve, in which inflation depended both on the unemployment rate and on lagged inflation, which was supposed to determine expectations:

where u was the unemployment rate and the NAIRU was the non-accelerating-inflation rate of unemployment.

And what did this approach predict about disinflation? It said that if policy makers were willing to impose a period of very high unemployment, they could bring inflation down — and that even if unemployment then fell back to the NAIRU, inflation would stay down.

Dornbusch-Fischer, which declares on p. 421,

We should not be surprised if the level of output and the inflation rate move in opposite directions at some stages of the adjustment process.

And of course Paul is preaching to the choir when he writes;

That is, we should not be surprised by the very thing that supposedly shocked, surprised, and refuted Keynesian economics.

Keynesian theory never had the holes in it that it was accused of.

The truth, which Gordon has been trying to get out, is that 1978-vintage macro has actually done very well these past three decades. Unfortunately, a couple of generations of economists have never seen that stuff.

I've been feeling a lot of "I told you so" after years of "I'm warning you." But my warnings, and those of others like Krugman who actually have integrity have been falling on deaf ears. Those studying the subject have followed alternative realities manufactured because they validated the extractive and gambling approaches that big business and big banks prefer to follow.

The paper he cites offers this summary:

"The paper resurrects “1978‐era” macroeconomics that combines non‐market‐clearing aggregate demand based on incomplete price adjustment, together with a supply‐side invented in the mid‐1970s that recognizes the co‐existence of flexible auction‐market prices for commodities like oil and sticky prices for the remaining non‐oil economy. As combined in 1978‐era theories, empirical work, and pioneering intermediate macro textbooks, this merger of demand and supply resulted in a well‐articulated dynamic aggregate demand‐supply model that has stood the test of time in explaining both the multiplicity of links between the financial and real economies, as well as why inflation and unemployment can be both negatively and positively correlated." (page 1 http://faculty-web.at.northwestern.edu/economics/gordon/GRU_Combined_090909.pdf

Posted by Chris Holte at 6:09 PM No comments: