Refrain:
Burning Burning Churning Churning
Fires rise into the night
Smoke and Flame, Dust and soot spreading
Rising into the sky!
I saw a vision of Kali Marching!
Marching crowds, possessed by Kali!
You see people marching.
They grow Six Arms!
You may see wild people
I see emanations of Kali!

Read more »
Posted by Chris Holte at 3:40 PM No comments: Links to this post

He's Back! – Bernie Sanders and the Subversion of the Progressive Movement

Bernie Sanders and the subversion of the Democratic Party 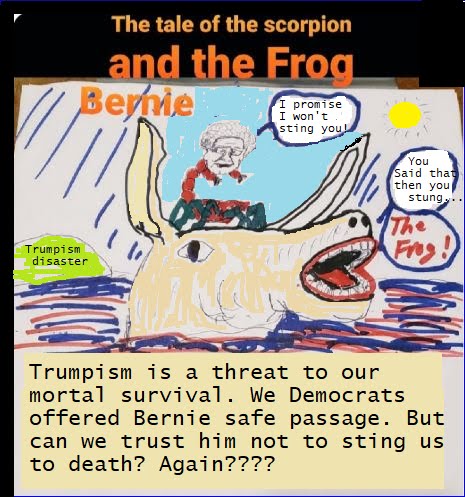 Really I'd like to believe that Bernie has reformed. After all, he did sign the indivisible pledge to support the winner of the primaries. Indeed, I've signed the indivisible general pledge. But then he made the same pledge in 2015. He also appears to me to have broken it already. That time orally. This time in writing. I want to keep this post within the boundaries of Indivisible's pledge to:

“We'll make the primary election about our hopes for the future, and a robust debate of values, vision and the contest of ideas. We’ll remain grounded in our shared values, even if we support different candidates.” [Indivisible]”

At this point I have to remind people that Bernie is not a Democrat, and that his idea of keeping the Indivisible pledge is to complain about his targets breaking it. Back in 2015:

“Bernie has no plans to humiliate Hillary. So far he has been an accidental agent of her anxiety and he intends to keep it that way. Bernie refuses to go negative and pledges to support the eventual nominee of the party, that is Hillary. This restraint has earned the senator the patronizing plaudits of Rachel Maddow and the Hipster Chorus at MS-DNC.”[Counterpunch]

Indeed in July 2015 I was still impressed by what Bernie did. He made a big deal about not making a big deal about Hillary's emails. But he didn't sustain it. Once things got rolling, Bernie and his army Russian and American Trolls went very negative, did everything they could to humiliate Hillary, lied about her, and the entire Democratic Party. So I have trouble believing the scorpion won't sting again. Indeed he's already at it. His followers are already sharing copies of videos and lies produced about her in 2015-2016, and making similar claims about most of his rivals this time around. By July 2016 I was despising him. By July 2017 I had seen all the evidence I needed to see to not want him in Congress, much less running for President.

Related Posts:
Post Mortem
Turning "our Revolution" into Piqueteros
Bernie Sanders and Russian Compromat
When Lefties Betray the Middle and Elect Righties
Russian Agents, Gaslighting, Spun News and Ongoing Active Measures
Campaign related Posts
Lakoff and Building a Party that Can Be All it Can Be!
Winning Doesn't Always mean Getting Elected
In Order for All Lives to Matter Black Lives Must Matter
What Really Happened With Hillary Care
Why Social Programs are Investment and not a Burden
What Bernie is Doing Right
The Stop Hilary Movement March 2016
The Trouble with Bernie Sanders II
The Trouble with Bernie Sanders Final 2016/06
The Difference between a Prophet or a Leader and a Critic
How I'd like to See Bernie's Campaign End
Greg Palast and the Busters kick the Facts in the Face
Transformation or Half Loaves
Outside Agitators and the Black Lives Movement

Read more »
Posted by Chris Holte at 2:54 PM No comments: Links to this post

Email ThisBlogThis!Share to TwitterShare to FacebookShare to Pinterest
Labels: Sanders

Eros is the kind of love that propagates the species. It is also a dangerous kind of love. The greeks had a list of types of love:

When Biden gives a hug, that is Philia not eros. When Trump grabs someone by the kitty cat that is eros at work.

Posted by Chris Holte at 7:07 PM No comments: Links to this post

The Empire always strikes back

The trouble with reform is that reform only endures only if the people who want reform are: 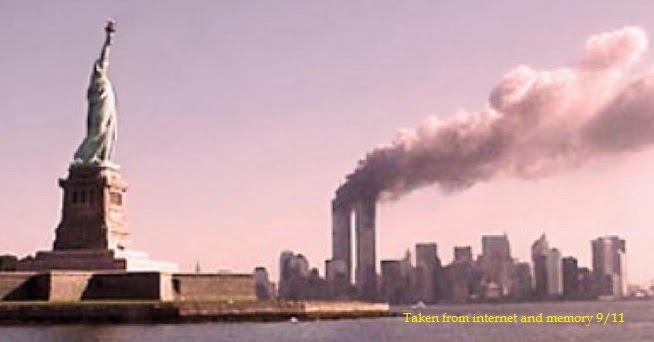 Then and only then, while those attributes remain, the reforms can endure.

Unfortunately, "The Empire Always Strikes back" which is a way to say that there are always people with a criminal spirit, who see anything that benefits people as a target for grifting. And they have a panoply of ways of trying to usurp or convert resources to their own benefit.

These methods range from profiteering as subcontractors or suppliers, to privatizing the management/ownership of services and resources, to using legislation/regulation to break them so they can privatize them. If a system doesn't benefit everybody, those who want the resources it uses will demonize it. Making those who don't benefit feel jealous, while making those who benefit from the resource feel its not delivering for them.

These are tried and true tactics. And they are the reason that every progress in human history has been followed by massive effort to corrupt or even reverse that progress. Those who succumb to the darkside of human nature predate or parasitize on any services or resources they can get hold of.

Some people get their power, fame and influence from breaking things. Politicians make their careers either promising better goods and services for their constituents or by claiming their constituents are poorly served. Virtuous politicians ensure that the system delivers needed goods and services. Criminal (vicious) politicians ensure that their patrons get served at the expense of everyone else.

One thing that is certain. If something works someone will try to break it. If we as humans advance, other humans will jealously try to roll those advances back. It is an axiom, not literal, that "The Empire always strikes back." Star Wars is a modern myths. But the reality of the (figurative darkside is real.

We assume that when we work with people that they share our values and goals. Sometimes that assumption is false. It makes it hard to negotiate life and politics.

Posted by Chris Holte at 7:53 AM No comments: Links to this post

What happened with the Mueller Investigation 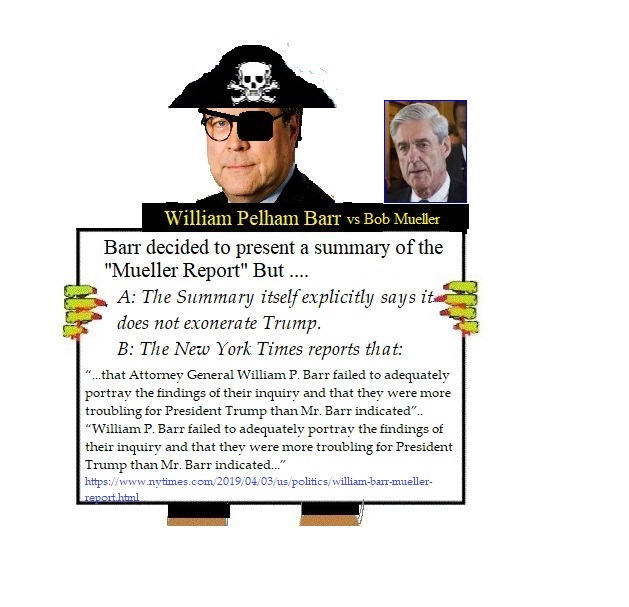 I've been following the Russia Investigation. It is really complicated. It is not just about Russia. It is also about Saudi Arabia, the Gulf states, the countries of the former Soviet Union, Israel, China, and other countries. It involves possible espionage by high officials, kompromat (blackmail/bribes), election hacking and interference by other countries, "emoluments" and corruption.

And a massive Cover Up Conspiracy. Apparently led by William Barr! Mueller's Prosecutors kept mum and didn't leak. But Barr's outrageous summary has them protesting:

“Some of Robert S. Mueller III’s investigators have told associates that Attorney General William P. Barr failed to adequately portray the findings of their inquiry and that they were more troubling for President Trump than Mr. Barr indicated, according to government officials and others familiar with their simmering frustrations.”

Read more »
Posted by Chris Holte at 2:47 PM No comments: Links to this post