"July 4, 2014 – Remember: The Declaration of Independence served notice to a tyrannical king that the “the good people of these colonies . . . declare” their right to be “FREE AND INDEPENDENT STATES.” 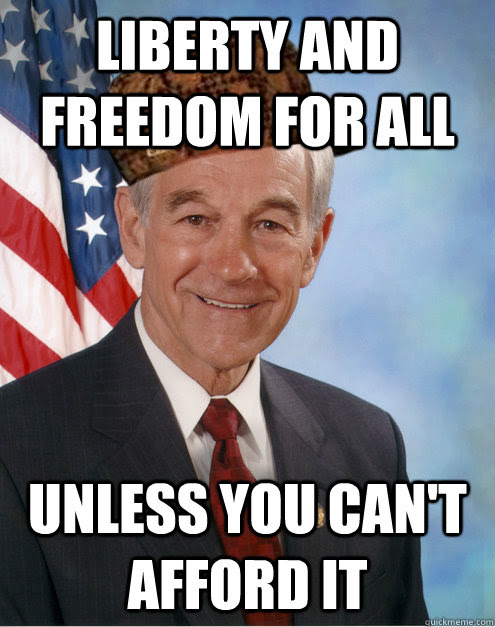 He along with other cons have been beating a drum of accusations that the current President is somehow acting like a "king", but he's not. We aren't being ruled by a ruler we didn't elect from London. We are being ruled by ourselves with an elected President presiding over the government.

"The colonists had had enough authoritarian government and were not going to put up with it any longer. The crucial question that we must ask ourselves is: what would the Founders think of what we tolerate from our government’s abuse of our liberties today?"

Yes, we should not tolerate abuse of our liberties today. Folks like Ron Paul claim that we are being spied on too much, and they are right. But most of that spying is on behalf of owners of intellectual property, giant businesses and banks, and folks wanting to stick their noses into our womenfolks bedrooms. So yes our founders might have some problems with our massive spy apparatus, but would they focus on the King or "parliament". In their day the enemy was the parliament, corrupted by and owned by the King, but passing the tyrannical laws that treated American colonists like second class citizens. Now it is women and minorities who are treated this way.

"My bet is that, not only would they be shocked, but they would be ashamed as well."

And mostly by Ron Pauls allies in the Tea Party movement who have their rebellion precisely backwards. They would be aghast at the rise of giant monopolies like the Oil/OPEC monopoly, Defense industries, and Tea Party people.

"An argument can be made that liberty is in greater jeopardy today than it was in 1776."

And yes, from the Republicans. And I agree:

"Hopefully soon we will have enough support to send a loud and clear message to Washington for establishing TRUE LIBERTY in our land." - - -

--- by kicking out demagogues like his son and the Tea Party. Meanwhile, he seems to me to be inciting rebellion and insurrection against the constitution and for the sake of Giant Conglomerates like those of the East India Company whose favors sparked our revolution. Instead of boycotting monopoly Tea, he's instigating these folks to mix it with Jim Jones coolaid.